Nomatter learns how much she matters 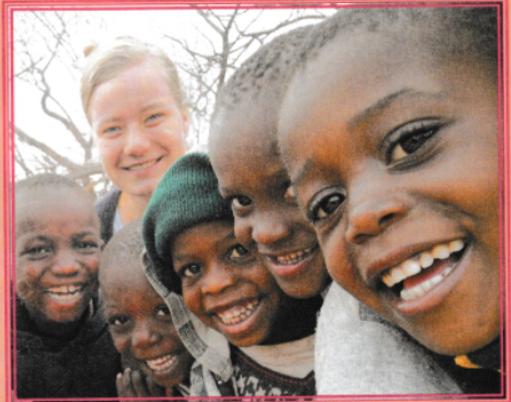 When visiting Mbuma Mission Hospital this April, I met a girl that I won’t easily forget. Her name is Nomatter (probably meant in the sense of “no matter what may come”). Dr Snoek had told me a couple of days before I came across her that a ten-year-old girl had been admitted for deep wounds to her knees. She was born with spina bifida and couldn’t walk, so she relied on her knees to crawl around. She’d never spent a day at school but was certainly gifted enough to learn. So I was asked to teach the girl the three R’s to give her a foundation for further study.

It was a Monday when I first met Nomatter. Small for her age and somewhat shy, she was sitting up in bed with her Covid mask tucked under her chin. Once we’d introduced ourselves to each other and talked a little to prepare ourselves, we tentatively began our first lesson. Nomatter could only speak Ndebele, so we’d arranged that the sister on the children’s ward would interpret for us. It turned out that Nomatter did know her numbers in English, so we could get straight to work with arithmetic, starting with the very basics: taking numbers from dictation. She could count, you see, but she couldn’t write the figures down. I drew up a worksheet for her each day, and once she’d got to grips with written numbers, we moved on to some easy sums. I brought a couple of pebbles from the hospital courtyard along with me to make counting more concrete for her. Nomatter was a motivated pupil and learned well. Within a couple of days, she’d even collected her own bottle caps to replace the pebbles, as they were easier to move around.

It took a while for me to gain Nomatter’s trust, perhaps because of the language barrier or because she wasn’t used to dealing with white people, but she put real effort into the lessons. After our first lesson, Nomatter’s mother used her broken English to relieve the busy nurse of her interpreting duties. Between the three of us, we managed just fine. When I asked Nomatter at the end of one morning whether she wanted to carry on after lunch or leave it till the next morning, it didn’t take her long to decide that she wanted to study through the rest of the day. So we spent that afternoon learning to write the vowels, and we expanded our one-hour-a-day timetable to two hours a day.

Nomatter’s first week of schooling flew by, and when I told Nomatter that Saturday that there would be no lesson on the Sabbath, she was disappointed and found it hard to understand why. I explained gently to her that the first day of the week is the Lord’s Day and we rest that day; her mother explained it to her. I promised to be back on Monday.

Despite Covid restrictions, which at that time meant that only fifty people could come to church, Nomatter’s mother managed to be in the service the next morning. She had taken the trouble to get a place and to come and hear the preaching. She became a faithful attender of the Bible studies, which unlike the short services at the start and close of each hospital day are not obligatory for those able to come. Later on, I saw her at the services for communion season. I was quite amazed, as I’d heard that this family was from a remote district where spiritual darkness still besets people greatly.

On Monday, Nomatter resumed her lessons and did well. Day after day, Nomatter was making good progress. We developed a good rapport as we did adding and subtracting of numbers up to twenty and reading and writing vowels. Finally, we ventured to write some Ndebele words down, including umama (mother) and ubaba (father). She giggled at my pronunciation, which evidently left something to be desired. This prompted her mother to teach me some Ndebele.

Our friendship thus deepened, and after a while I managed to find out more about Nomatter’s start in life. Her mother told me that Nomatter was one of eight children, two of whom were younger than her but already attending primary school. At the moment, though, they were staying at home because their mother had had to come to hospital with Nomatter. They’d had a long journey to get to Mbuma.

One afternoon when the lesson was over, I got a completely unexpected and surprising question. Nomatter’s mother asked me for a Bible so that, in her own words, she “could bring Nomatter up with the Word of God”. I was deeply moved. Might that have been the providential reason for Nomatter’s stay in hospital: to introduce her to the Scriptures? I went off to see one of the hospital catechists and we were able to present her with a Bible that very afternoon.

In the final week that I taught Nomatter, we gave her another gift: a wooden handbike donated to the hospital from the Netherlands. After a bit of instruction, she became an enthusiastic hand-cyclist and was zipping around unaided. I do hope the gift enables her to do more in life. Nomatter’s mother promised that once her daughter was discharged from Mbuma, she would enrol her at school. So, far from being a girl of “no matter”, she will matter.

We pray that Nomatter will prosper and hope that in due course, she will be able to read the Word of God for herself. May the Lord make her stay at Mbuma Mission Hospital a blessing for her and her family, and may He be pleased to do likewise for all other hospital visitors.