What Queen Victoria did not know (2) 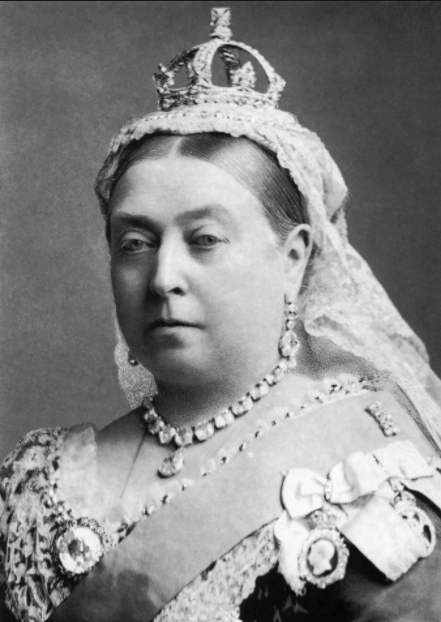 Two young black men were standing on a rain-soaked street in Edinburgh. Their names were John Radasi and James Saki. They were strangers from a foreign land, looking for people who feared the Lord. Which direction should they go in? While they were standing there, depressed and not knowing what to do, something was stirring in a house on the other side of the street.

“Mother, look at this! It feels like being back in Africa!” “What can you see, my boy?“ “Well, come and have a look.”

Mrs Sinclair got up with an effort and her aged eyes peered down the busy Edinburgh street. There, across, she made out two young black men. They were looking around and were at a loss where to go. While she looked at the men, these words came into the old lady’s heart: “Be not forgetful to entertain strangers: for thereby some have entertained angels unawares.“ Thus speaks the Word of God in Hebrews 13:2 and this godly woman acted accordingly.

“Please go and ask them if they are looking for something,” Mrs Sinclair said to her son. He was glad to. After all, he had been in Africa for a few years and spoke a little Zulu. “Sizakubona, Nkulu.” (Good afternoon, gentlemen.) The men turned their heads around with a jerk. What was that they were hearing? Here, in the capital of Scotland, thousands of miles away from their native soil, they were hearing their own language being spoken!

“Sizakubona, Nkulu,” he repeated, “linjani ukupila kwake?” (How are you?) Amazement was plain to see in their faces when they shook the white hand that was reached out to them. “We live there,” said the kind white man, gesturing with his finger. “My mother saw you standing there looking lonely. She thought you might be cold and might be strangers in Edinburgh…” He hospitably invited them to come in.

After the strangers had been introduced to his mother, she made tea for them. She asked John Radasi to give thanks first, in the Scots custom. It was not the excellent English of the young man’s prayer that moved the heart of Mrs Sinclair, a woman who feared the Lord, but the knowledge he had of himself and of Christ! They began to speak from heart to heart. He told her the outline of his life story. It was as follows:

“My name is John Boyana Radasi. I was born in South Africa and belong to the Fingo tribe. My father sent me to a missionary school. There I learned not only to read, write and speak good English, but I also became familiar with the Bible. Many of my fellow tribesmen lacked this privilege and are still living in heathen darkness. After my schooling, at around twenty years of age, I became a member of a big choir. In those days, I wasn’t seeking the Lord. No, I thought I could profit from the world with all its enjoyments, especially when I and the other black singers received an invitation to give performances in America in honour of the British Queen Victoria, whom we called the Great White Queen.”

“However” — and here John Radasi paused for a moment — “the Lord in His wise providence so ruled my life that the world did not win my heart, but that I came under the Gospel in the USA. I knew the Bible in my mind, but it was then that I came to know with my heart who the Lord is and who I myself am. This changed my whole life. I couldn’t take part in the worldly choir any longer. I had to break with sin. Know ye not that the friendship of the world is enmity with God? Whosoever therefore will be a friend of the world is the enemy of God (James 4:4). These truths I embraced in my heart.” There in America, I started looking for different things and other friends.”

“And there I met this friend,” he says, pointing to James Saki. “We were told that there were many serious Christians in England, that big, far-off country of white people. We wanted to go there before our return to Africa. We didn’t have the money to pay for that long voyage, so we pretended to be sailors to get on board. After an exhausting, lonely voyage, we arrived in the great city of London. Although we didn’t know anyone or any address, we were hopeful. Here we would surely meet Christians. But instead, we saw so much gross ungodliness and superficial Christianity that we felt even more lonely and sad than ever before. Someone said to us: ‘If you

are looking for people who are so strict in religion, you have to go to Scotland!’ Again, we embarked as sailors for a voyage from London to Scotland. Oh, how depressed we felt on that cold North Sea. While we stood shuddering in our thin clothes, there on the corner of that busy street, I wondered if there would be anyone among all those white people in that big city who felt like a pilgrim and stranger in this world, just as we did.”

Miss Sinclair and her son listened to him with amazement. Suddenly, she realised these men had not crossed her path by chance. Had not Rev. Neil Cameron already long had an urgent desire to start missionary work? Might this be the answer to his prayers? The same day, she sent a telegram to Rev. Cameron. It was just a very brief message: “I have found the missionary you seek.” Rev. Cameron responded by telegram: “Send him.” John Radasi and James Saki, who on the morning of that same day had felt so abandoned by God and man, now once again were able to believe: “And call upon me in the day of trouble: I will deliver thee, and thou shalt glorify me.” (Psalm 50:15) Thus comforted, they travelled to Glasgow.

John Radasi entered Rev. Cameron’s manse and was introduced to him. From that day onwards, a close spiritual connection was forged between Rev. Cameron and John Radasi that would last until their death. (James Saki remained with them for four years, but in 1900 he left the Free Presbyterian Church.)

The Lord was pleased to strengthen John Radasi in his faith and to prepare him for the responsible task he was to take on: to preach the Gospel to the heathen. In December 1904, he commenced work as a missionary in Bulawayo, in the south of what is now Zimbabwe