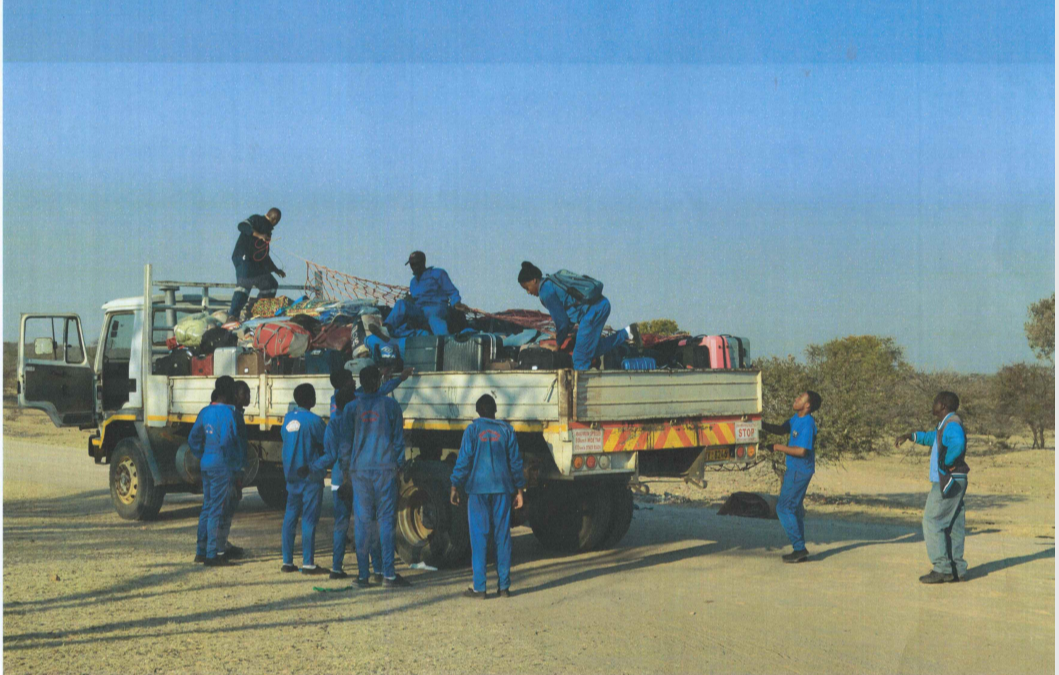 Zimbabwe is suffering its second peak of Covid-19, which has resulted in more infections and deaths from the disease than in the whole of 2020.
The highest levels of infection and deaths are in the two largest cities, Harare and Bulawayo. Oxygen therapy has been made more readily available over the last number of months, but the number of intensive care unit (ICU) beds remains low.

Mr M A Mpofu, Mission Administrator, reports that Covid-19 and the country-wide lockdowns have impacted negatively on the daily
business of the Mission and that head office staff are working from home where possible.

Church services, including communion seasons, were suspended for three months in March 2020, and this suspension was reimposed at the start of January 2021. It is the prayer of the Lord’s people in Zimbabwe that this ban would be lifted, even though it is likely that congregational numbers will be limited again to 50 or 100. With the provision of a new vehicle, Rev S Khumalo is able to regularly visit outlying congregations. He has been encouraged by the level of attendance throughout the Presbytery’s congregations in spite of the pandemic.

The Home continues to operate as normal although, sadly, their driver, a deacon in the Bulawayo congregation, recently passed away from pneumonia but not as a result of Covid-19.

There was an outbreak of Covid-19 at the School at the end of 2020, with a large number of pupils and teachers being affected. Thankfully, in the Lord’s mercy, none had serious symptoms. The Ministry of Health and Child Care established a temporary clinic at the School, which was manned by 10 resident nurses and visited weekly by a Provincial doctor.

The students adapted well to the difficult situation and co-operated with health guidelines, which helped in containing the pandemic. However, a
false report on social media, claiming that a student had died, caused a great deal of concern and anxiety among parents. The school, which was the hardest hit by the pandemic at the time, became the focal point for the country’s media. This led to a heavy burden falling on the Headmaster and senior staff.

The Friends of Ingwenya Mission, a committee of parents who support the school throughout the academic year, worked tirelessly to source and
deliver PPE and other necessary supplies. It is encouraging to note that a number of local institutions and businesses made substantial donations of materials to assist the School during the outbreak. The assistance of Mr Sifundo Ngwenya, Secretary of the Friends, should be specially mentioned.

As the whole school was quarantined, this sadly led to the suspension of church services for a time. Mr Ncube, the Headmaster, comments that “so many prayers were made by parents, organisations and well-wishers for the learners and teachers to recover and get out of this situation. It is pleasing to see that people know that the only one to turn to is God.” The school reopened in January for those students who were doing written examinations, and initial reports are that they were completed to the usual high standard.

The five primary schools under the oversight of the Church in Zimbabwe have endured two lockdowns. These have prevented the schools from teaching as they would like. The Grade 7 pupils will move on to secondary education without covering the full academic or Bible Knowledge courses.

There does not appear to be any community spread of Covid-19 in Mbuma or in the Nkayi district. There have been a few positive cases in Mbuma, but they were probably contracted elsewhere. All necessary infection-control measures were implemented at an early stage to prevent or reduce spread. Fear and anxiety over the unknown disease have affected many people, including some of the staff. However, Dr Snoek writes,
“The presence of the Catechists and their unwavering trust in the Lord has been a great encouragement”.

Covid-19 has stretched the Zimbabwean health system, and so has the industrial action of doctors and nurses, caused by the adverse effects of inflation on their salaries and the lack of PPE and ICU care. Yet, with thankful acknowledgement to the Lord and overseas help, the Mission staff were supported with food parcels and transport, which meant that it was one of the few hospitals that was able to function normally throughout 2020. Again, Dr Snoek comments, “The committed and caring attitude of staff amidst the country-wide turmoil has been an encouraging witness”.
The restrictions on movement because of the lockdown meant that there were 20% fewer admissions in 2020 compared to 2018 and 2019. The fear is that, because of the lockdown, patients have been unable to access the right care and therefore the collateral damage of Covid-19 may be greater in some communities than the harm caused directly.

All the staff in the various Mission institutions, and in particular the Headmaster and a number of the female teachers in the John Tallach School, are to be thanked and commended for their hard work and perseverance during this difficult time. In the words of Mr Khumalo, “We pray
that the Lord in His mercy would bring this virus to an end – and more, to bless its effects in bringing the nations of the world to confession of sin and true repentance”.